Reflections are everywhere – in mirrors, windows, puddles, the ocean, lakes, in architecture and more. Here’s 27 images that all feature reflections of one kind or another. Which do you like most?

Note: click any of these images to be taken to the Flickr page of the photographer to learn more about them and their image. Prepared to have your mind blown. Filip Dujardin‘s set of structurally impossible architecture photographs will have you looking at every detail in search of those details that are basically implausible. Working with a set of photos of real buildings in and around Ghent, Belgium, and using digital collaging techniques, the photographer created a mind-dazzling collection of photos entitled “Fictions“. Filip Dujardin studied history of art at the University of Ghent, specializing in architecture and now works as an independent photographer. His work on this project expresses the intricacy of architecture while pushing the limits of reality well beyond the immediate visual effect. Transforming existing buildings into fictional structures, Filip took out details and added some unusual ones instead. How many can you spot? 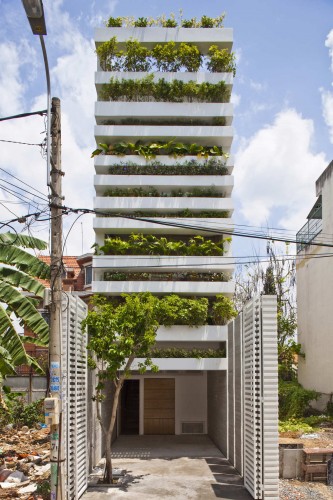 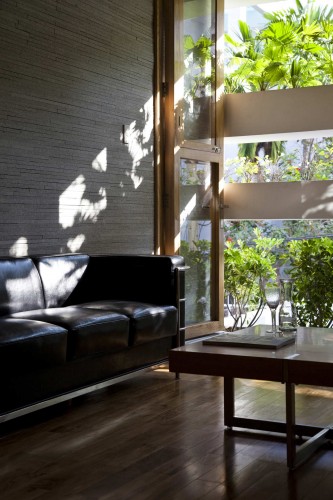 Whoever wanders around Saigon, a chaotic city with the highest density of population in the world, can easily find flower-pots crampped and displayed here and there all around the streets. This interesting custom has formed the amused character of Saigon over a long period of time and Saigonese love their life with a large variety of tropical plants and flowers in their balconies, courtyards and streets. 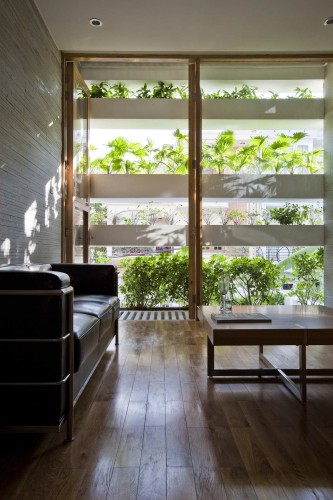 The house, designed for a thirty-years-old couple and their mother, is a typical tube house constructed on the plot 4m wide and 20m deep. The front and back façades are entirely composed of layers of concrete planters cantilevered from two side walls. 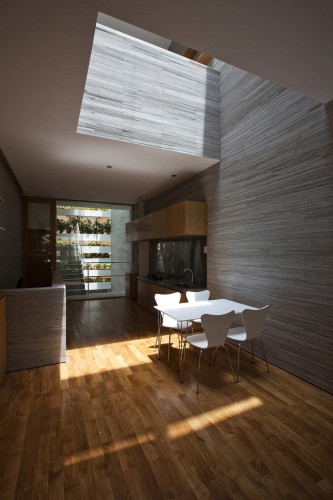 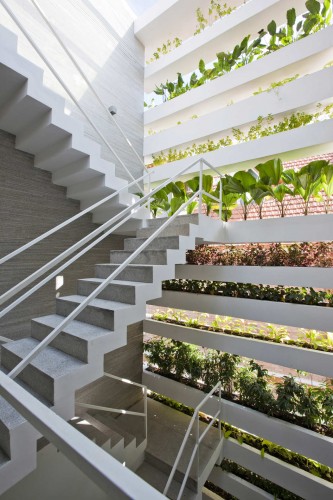 The house structure is a RC frame structure widely used in Vietnam. The partition walls are very few in order to keep interior fluency and view of green façades from every point of the house. During the day we get the varying light with the time of day trimmed by the top-light in the center. In the morning and the afternoon, the sunlight enters through the amount of leafs on both façades, creating beautiful shadow effects on the granite walls, which are composed of strictly stacked 2cm stones. 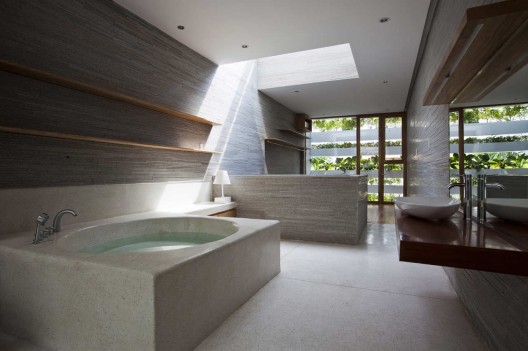 The green façade and roof top garden protect its inhabitants from the direct sunlight, street noise and pollution. Furthermore, natural ventilation through the façades and 2 top-lights allow this house to save a big energy in a harsh climate in Saigon. Concerning these ecological approaches, we referred a lot to the bioclimatic principles of traditional Vietnamese courtyard house. 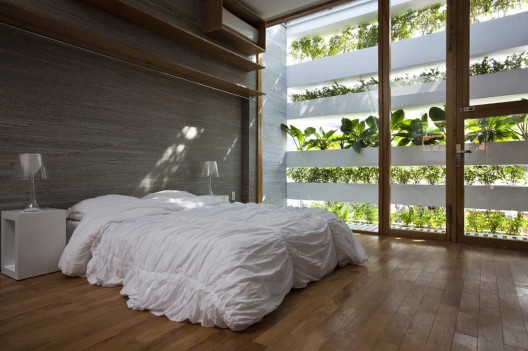 In this chaotic city, we defined the full variety of surrounding greenery as a context of Saigon and applied to the main concept of this house. Although the Saigon townscape is getting uniformed and boring under the influence of the furious urban sprawl of recent years, we intended this house to inspire people to re-define and re-increase the greenery as the character of this city. “Stacking Green” is just one small house, but it is generated from the context of Saigon. We hope that “Stacking Green” makes Saigon become more distinguished and fascinating with much more tropical greenery in the future. 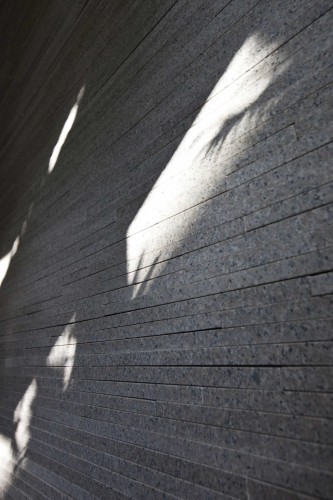 The reconstruction and extension of the National Museum of China in Beijing merges the former Chinese History Museum and Chinese Revolutionary Mu-seum. Originally completed in 1959 as one of ten major public buildings in Tiananmen Square in the immediate vicinity of the Forbidden City, the struc-ture is still a milestone in modern Chinese architectural history. Elements of Chinese architectural tradition blend with a western, neoclassical architectural idiom.

Eleven international architectural firms were invited to take part in the competi-tion for the reconstruction and extension of this building, which was won by architects von Gerkan, Marg and Partners in association with CABR, Beijing. In October 2004, gmp and CABR were commissioned to do the job, ahead of a field that included Foster and Partners, Kohn Peddersen Fox, OMA and Her-zog & de Meuron.

After prolonged discussions with the client, the design scheme was revised in order to attune the new museum building harmoniously to the external look of the old building, while ensuring old and new were nonetheless distinguishable from each other. The echeloned roof typologies of the buildings in Tiananmen Square and the Forbidden City were thus echoed in the new building, though differentiated in detail and material.

The 191,900 m² National Museum is the largest museum in the world, its purpose being to act as a showcase for the history and art of one of the oldest cultures of mankind.